Time for Goodell to step down 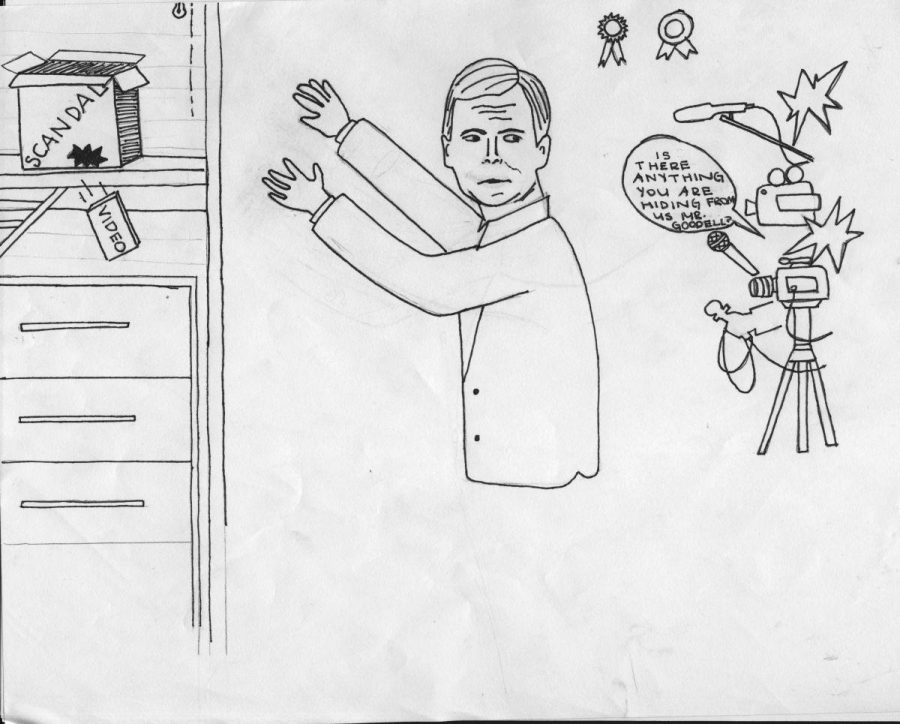 “It’s the importance of the game. The game of football is the most important thing, and we can’t lose focus of that,” Goodell said at the beginning of his seven-year tenure.

His passion for football, what propelled him to the top of the league’s offices, is exactly what’s leading to his blatant failures at controlling and disciplining his players.

The NFL has seen 56 domestic violence arrests since Goodell took over in 2006, a staggering number of individuals who have only been suspended for a combined total of 13 games, according to a report by SideSpin last month.

Domestic abuse is a serious and prevalent issue: On average, three women are killed every day due to abuse, according to the National Network to End Domestic Violence. Considering the epidemic of domestic violence that has recently ravaged the NFL, Goodell has developed a track record of handing out a mere slap on the wrist for severe acts.

Recently, the issue emerged in the national spotlight due to Baltimore Ravens’ running back Ray Rice’s high-profile domestic abuse scandal. Rice was arrested in February for hitting his then-fiancée, and video surfaced of Rice dragging his unconscious partner out of an elevator. Goodell suspended Rice for two games.

Last month, new, more-graphic footage released by TMZ showed Rice violently striking his fiancée inside an elevator on the night in question–video evidence that supposedly bypassed the NFL’s large and powerful legal team. Public outcry prompted Goodell to issue an indefinite suspension for the All-Pro running back.

In response to calls for harsher domestic violence punishments, Goodell asked former FBI director Robert Mueller to conduct an “independent” investigation of the Ray Rice case.  However, the situation already reeks of bias and conflict of interest, as the president of the Ravens–a key person in the investigation–worked at Mueller’s law firm for 30 years.

We may never know if Goodell lied about having the tapes, or if the NFL purposely covered up the tapes to keep one of the league’s best running backs in uniform and on the field. Regardless, the league seriously mishandled a situation in which an indefinite suspension should have been passed down immediately after footage of the first video surfaced.

Moreover, the lackluster punishments administered by the NFL trivializes the issue of domestic violence, which rears its ugly head even here in Marin. According to a recent Bark survey, 21.3 percent of Redwood students know someone who has been purposefully hit, slapped, or otherwise abused by an intimate partner.

Goodell’s initial lack of action only works to take away from the severity and seriousness of domestic violence cases. The NFL, home to many childhood role models, should help to hold these men accountable rather than shrugging it off as something players do in the privacy of their own home.

Throughout his reign as commissioner, Goodell’s aspirations for the league’s growth, profits, and success have marred his ability to to be just and fair in his decision-making. An ex-convict should not be trusted with impartially judging a criminal trial, and Goodell, similarly, should not be trusted making decisions for the most important sports league in the world.

Goodell selectively holds his players to a very high moral standard, as evidenced by Brown’s wide receiver Josh Gordon’s recent initial season-long suspension for repeated marijuana use. Roger Goodell needs to hold himself accountable for his actions, just as he would do to players, owners, and team officials around the league.

After years of dishonesty, poor leadership, and failing to stop the NFL’s ugly streak of domestic violence, it is time for Roger Goodell to resign.