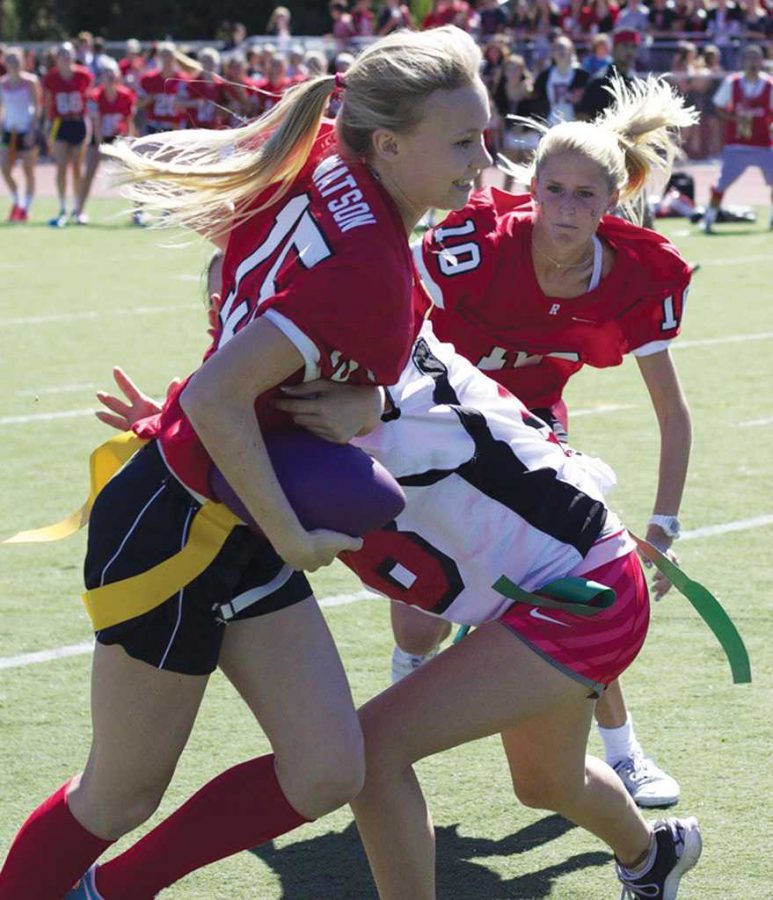 The annual Powder Puff football game has been canceled by the administration due to inherent conflicts occurring two years in a row.

“We felt the drawbacks outweighed the benefits,” Sondheim said.

Although the event is canceled this year, Sondheim said that the administration is open to trying a new activity in the future that wouldn’t encourage the same kind of student behavior. It is undecided whether there will be another Powderpuff game after this year’s seniors graduate.

“Our hope is that if Leadership is interested, they will look for other ways to have an activity that will be fun for the student body,” Sondheim said.

This year’s game would have been the 20th consecutive Powder Puff game, according to P.E. teacher Mike Dibley, who runs the event each year.

“Based on what’s happened the last two years, I understand their decision, but I don’t like it,” Dibley said. “It’s unfortunate that just a couple kids with bad behavior have affected an entire two classes’ worth of girls being able to play. I’m just bummed for this year’s senior girls because they only got to play eight minutes last year, and this year they don’t get to play at all.”

Senior Eli Kahn wasn’t surprised upon hearing the news of the game’s cancellation.

“Of course the admin canceled the game,” Kahn said. “All people want to see is the next big fight!”

Senior Veronika Skala, who played in last year’s Powder Puff game, felt that canceling the game was unnecessary and that an alternative activity wouldn’t draw the same level of participation.

“I think that the person who initiated the fight last year should be the one taken out of the game, not have the whole game canceled for everyone,” Skala said. “I feel like Powder Puff has been a tradition for so long that there really wouldn’t be anything that would compare to it.”

Instead of creating a new activity, Dibley suggested that new rules be implemented to future Powder Puff games to keep the atmosphere more friendly.

“We could make a bigger field and make it pass only,” Dibley said. “We just need to spread all the girls out and do only passing.”