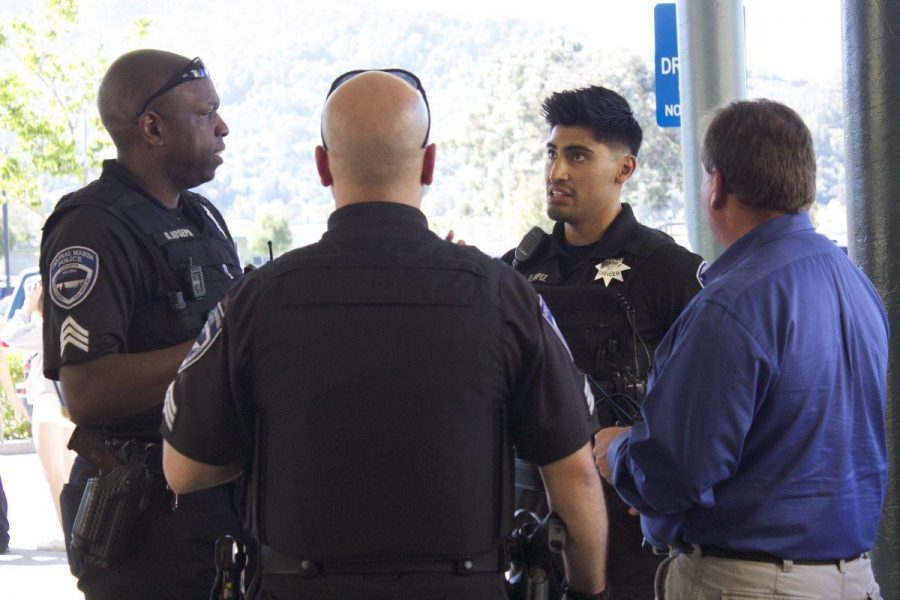 Police officers gather in front of Redwood. Lieutenant Sean Smith is on the far right.

Redwood was put under lockdown for nearly an hour after a suspected gun threat, according to Lieutenant Sean Smith of the Central Marin Police Department.

Rumors circulated around the darkened classrooms as police swept the hallways, checking to see if there was any substance to the threat.

According to Smith, the threat turned out to be a false alarm.

“After surveillance footage we looked at, we determined what student had come in to the bathroom and left, and what classroom he was going in.  We made contact with him and brought him out, made sure he didn’t have anything on him,” Smith said.  “The weapon turned out to be a medical pin that made a clicking noise, and the top had fallen off.”

Ten to 15 officers responded to the threat, according to Smith.  He said that Redwood staff and students handled the situation appropriately.

“Everyone did what they were supposed to do,” he said. “The surveillance video…was a major advancement.”