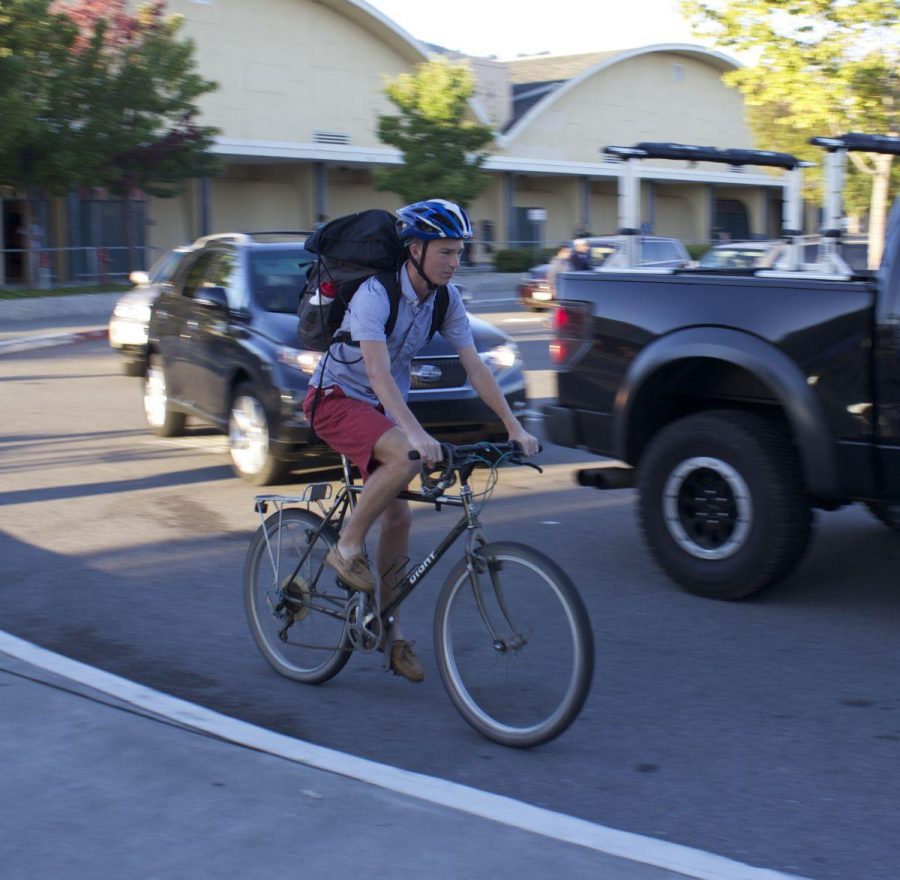 Two elementary school boys walking on the Mill Valley/Sausalito Multi-Use Path were struck by a cyclist on on their way to a soccer game on Sept. 6, sending all three people to the hospital and severely fracturing one boy’s skull.

This event sparked heated debate about cyclist’s rights within the law in Marin County. Concerned parents created a petition to demand a plan of action and better police patrol, and the petition has gained over 1,400 signatures. The document was recently brought to the attention of the county government.

Some drivers, bikers, and other community members also brought up the issue of what it means to “share the road” in Marin, specifically in places where popular mountain roads have no bike paths.

The Mill Valley government plans to renovate the place where the accident occurred on the multi-use path, according to Jill Barnes, the Director of Public Works for the City of Mill Valley.

Barnes added that there are plans to build a bike circle at the intersection of Sycamore Avenue and the bike path, which will slow cyclists down and have a specific area for people walking to go around the circle.

On Sept. 16, the “Three Feet for Safety Act” was put into effect. The California law states that the driver of a motorized vehicle must allow three feet of distance when passing or overtaking a bicycle and, if violated, one may face a fine of up to $220.

In 2012 alone, 726 cyclists were killed and an additional 49,000 were injured in motor vehicle traffic crashes in the United States, according to data from the National Highway Traffic Safety Administration. California had the largest number of cyclist deaths and the second highest percentage of vehicle-caused cyclist fatalities after Florida.

Highway bicyclists have all the same rights and are subject to all the same provisions as cars, in accordance with the California Motor Vehicle Code Section 21200.

“What bicyclists often fail to remember is that they are subject to the laws of a road just like a motor vehicle. So anytime a bicyclist runs a stop sign as if they have the right of way, they are breaking the law,” said Jon Bontz, director of operations at the Mill Valley Soccer Club, which is located adjacent to the site of the accident.

Junior Jordan Byck, an avid cyclist, said he thinks that cyclists should be a special exception under California law because while they cannot be put in the same category as pedestrians, they are not the same as a car either.

“Cars have to remember the differences between a bike and a car,” Byck said. “A person on a bike is not inside a big tube of metal, so they are more aware of the environment around them. I think the main reason why a biker could blow through a stop sign is because they can better hear what’s around the corner – they can stop and maneuver more easily than a car can. But then we have the same legal rights of a car to drive on any road.”

Many bikers and drivers have expressed the need for a solution to the high rate of bicycle collisions.

“I think both bikers and drivers just need to come to some agreements and there needs to be some stated rules that everybody knows that bikers need to follow as well as cars,” said sophomore Ben Cook, a road cyclist.

Some believe that more strictly enforced cyclist laws would be the simplest solution.

“Personally, I think there should be a wider range of enforcement on basic traffic laws that apply to all moving vehicles, cars or bikes,” Bontz said.

Larkspur resident Carol Lehrman said that she’s seen a lot of Larkspur policemen giving out tickets to cyclists breaking the laws, and she believes greater enforcement of these laws is the most efficient solution.

Lehrman added that she recently saw many cars honk and cheer after a cyclist got pulled over after biking through a red light at a busy intersection.

“It made me feel like everybody was on the same page that, ‘I would get pulled over, so why shouldn’t he?’” Lehrman said.

While opinions vary on who is responsible, most can agree that spreading awareness and educating all parties about both the issue and the law itself are key factors in working to resolve the issue, Barnes said.

“I think cyclists, drivers, pedestrians, hikers, everybody needs to be aware of other users on the path and that those users can travel the different speeds, and they need to be aware of each other so that we can be safe,” she added.

The Marin County Bicycle Coalition (MCBC) has a Share the Road education program that is directed towards both cyclists and drivers. It works with police departments throughout the county to limit the number of accidents between cyclists and cars, according to Maureen Gaffney, president of the MCBC Board of Directors.

“It falls on both the bikers and the drivers. There’s nobody really to blame,” Cook said. “Everybody has to just be aware, be safe, and be conscious and respect both the bikers’ and the cars’ rights.”