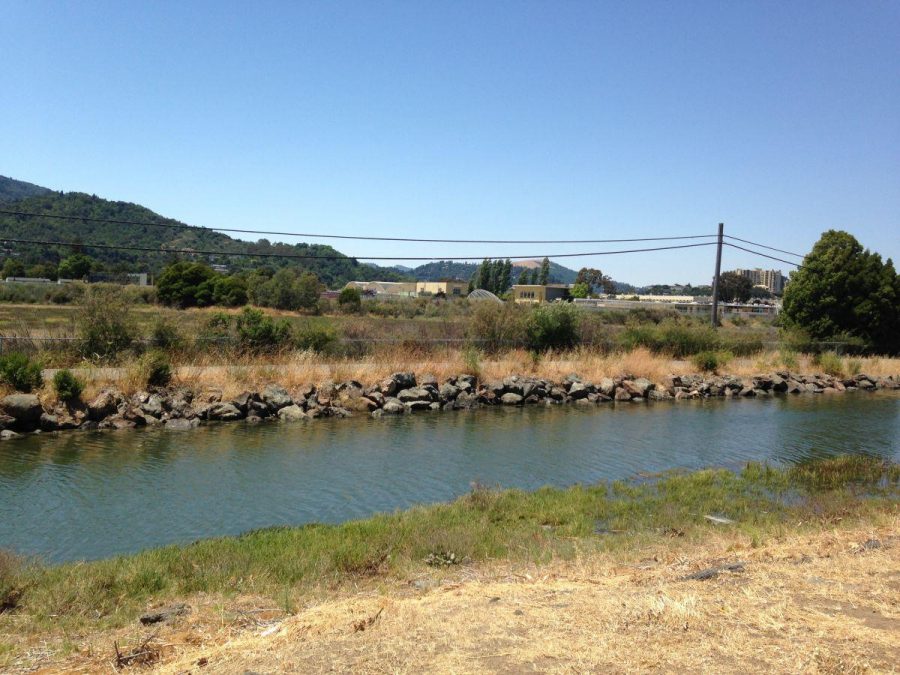 The thought of Redwood’s main building submerged underwater seems unlikely. However, with increasing temperatures causing the Earth’s glaciers to rapidly melt, consequently leading to a well-documented anticipated sea level rise, the day may come when, the school winds up at Bikini Bottom.

Scientists predict that sometime by 2050, the sea level will rise at least one foot, possibly as much as six feet. But according to local climate change specialists Sarah Richmond and Bruce Riordan, with imminent changes coming, Redwood should start planning for the aquatic disaster.

Redwood borders the Corte Madera Creek, which is framed by marshlands. A sea level rise of just one foot would fill wetlands surrounding the creek with water.

“If the sea level were to rise as much as five feet, there would be no more Redwood left,” Richmond said.  However, this scenario is highly unlikely.

If the sea level were to rise only one foot from glaciers melting, and that was combined with four more feet from heavy rainstorms, there is a likely chance Redwood could experience heavy flooding.

Even with the U.S. Environmental Protection Agency currently working to pass new legislation cutting carbon pollution from the nation’s power plants, preventing the sea level from rising is no longer an option, according to Richmond.

However, there are several ways Redwood can begin to adapt to the changing environment, according to Richmond.

According to Richmond, the first step in dealing with the effects of rising sea levels is understanding how an area will be affected—essential for planning strategies for the future.

“Will the sea level rise prevent activities from going about as they usually do, or will it not matter if an area gets a little wet?” Richmond said. “For example, it’s okay if a soccer field gets flooded, but not classrooms.”

After doing a site assessment to better understand how Redwood may be affected by a sea level rise, the next step would be to plan potential strategies in order to mitigate the dilemma.

Riordan advised that as a school Redwood should plan some adaptation strategies that could be employed, such as different ways to restore the wetlands surrounding the creek that would block or mitigate the higher tides.

“When there’s a big rainstorm, lots of water pools at the creek, but you need to encourage that water to go into the Bay. There are things you can do to change the mouth of the creek,” Riordan said. “It would be very helpful and important to have someone look at the site.”

“If people don’t know what to do when a flood comes, then it’s just going to make the disruption that much more worse.” Richmond said.

Richmond also said if water accommodations are unreasonable, could there be a possibility of a school relocation?

“Eventually this topic turns into a community discussion because we have to ask ourselves what are the things that we care about and what are things that we’re going to have to protect from water,” said Richmond.