The Other Woman proves to be another cliché female revenge film 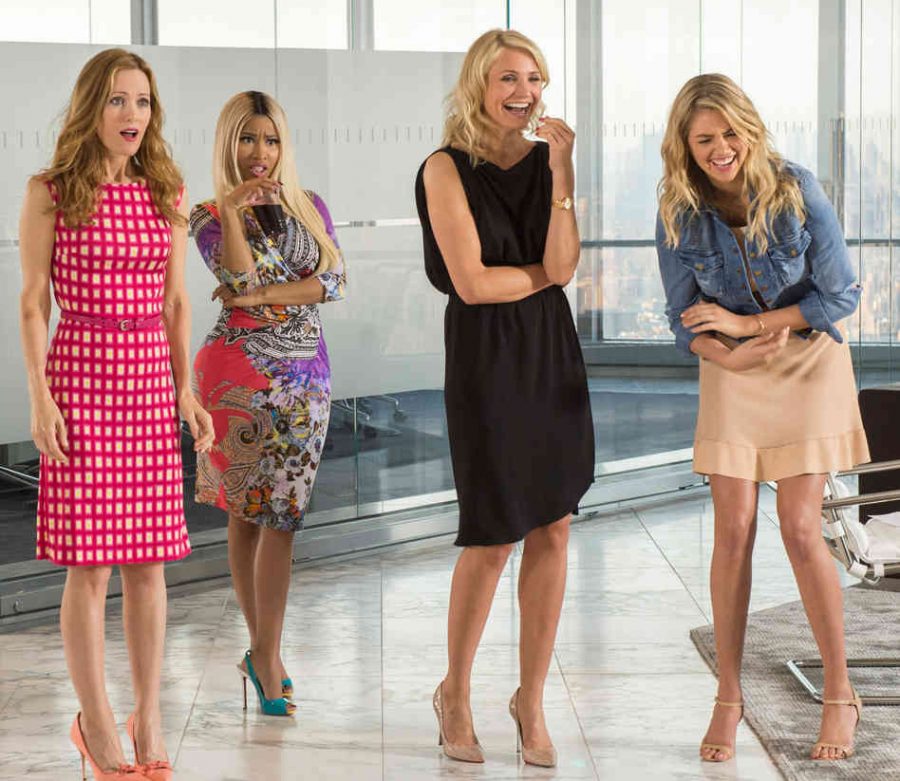 Looking for a cliché chick-flick that depicts the epitome of the constant battle of the sexes?  A sassy businesswoman, a quirky housewife and a hot babe work together in The Other Woman to take down a two-timing husband in a typical female revenge film.

The film features the headstrong attorney Carly Whitten (Cameron Diaz) as the unknowing mistress of Mark King (Nikolaj Coster-Waldau), who she later finds is the husband of the silly but sweet Kate King (Leslie Mann).   When Kate discovers that her husband has been cheating on her with Carly, the pair seek revenge on Mark, later discovering he has yet another mistress, Amber (Kate Upton).

Released on April 25, the film was directed by Nick Cassavetes, who is most known for directing The Notebook.  Unfortunately, The Other Woman doesn’t follow in the footsteps of Cassavetes’ previous work, because it lacks any real romantic zest or an original plotline.

However, this film does slightly redeem itself with some good ol’e Rom-Com humor, taking the audience through the spontaneous and ridiculous journey of three completely unique women with a common goal.

Diaz and Mann had surprising chemistry with plenty of apparent ad-lib.  Their relationship begins with hatred, leading to some good-natured teasing, which eventually ended with a strong bond between the two.  Supermodel Kate Upton, making her debut as an actress, created an amusing blend with her apparent obliviousness.

Another whimsical touch to the film included Nicki Minaj’s role as Diaz’s secretary.  Tight skirts and sassy language pretty much summed up Minaj’s role in the few minutes she received.  Nevertheless, she provided a few laughs with her sexy and unforgiving attitude.

Although this film did contain gratifying moments, it beared too much of a resemblance to the 2006 film, John Tucker Must Die.

In both films, three women are played by the same charming guy, who seems capable of anything.  Not only did the main character have the same name in both films, but the plot was clearly a recycled version with the same pranks and same personalities.

Because of these obvious similarities to Tucker, the film was too predictable.  All the audience had to do was remember how the previous film ended, and there they had the conclusion of The Other Woman.

The message that the film seemed to strive for was to show the world how women can come together and overcome skeevy, two-timing, successful men who get whatever they want.  Although the audience could sense that this is what the producers were going for, they walked away with more of a message of the importance of friendship.

Yes, the three women did seek revenge against Mark by robbing him of all of his money, giving him explosive diarrhea, a broken nose, and sensitive nipples, but in order to continue with the next phases in their lives, all three ended the film with another man on their arms.

If the producer was trying to make some sort of feminist statement, he failed.  The audience doesn’t exactly leave the film with the idea of female empowerment.

However, while it did have these not-so-subtle resemblances to a previous movie and though it does lack real substance, this film did provide the audience with the chick-flick humor that rom-com viewers crave.