Life, Liberty, and the pursuit of political freedom 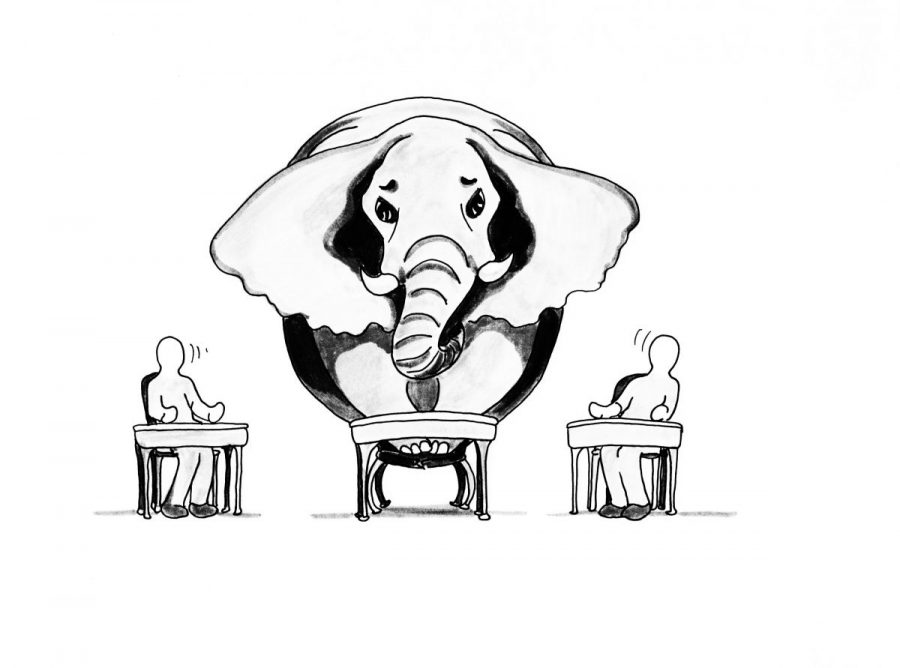 The class fills up with students, and as I look around, I know I’m the only one like me here. No one else believes what I believe, and no one feels the same as I do.

As class begins, the first joke is heard. They assume no one like me is present, and everyone, including the teacher, laughs along. I fake a giggle, knowing that giving myself away would be suicide.

In one of my classes, someone like me is always called out for our beliefs, and although he is more confident than I, I know it hurts him too. Constant jokes about him, constant targeting. How does this happen in Marin, a county where equality is expressed daily? How does this happen at a school that holds an Everybody Loves Everybody week? Why do students feel the right to make fun of those who feel differently than they do?

In every class, when the topic of my beliefs arises, I cower in the corner, hoping the teacher doesn’t call on me. The teachers are usually understanding, but the students’ responses are terrifying. I can’t stand living at school in a state of fear, always afraid of someone discovering my secret. I have had enough. I will say it.

Yes, I am a Republican.

The secret is out.

Now, in all my classes, I will be labeled as “THE Republican”, and in any political discussion, I will be called on to “Give a different viewpoint on the issue.” Jokes will be made about spelling, Mormons, and the Iraq war. I will be judged harshly because, even though Redwood students believe every possible gender should be respected, being a Republican at Redwood is looked on as an abomination.

This disbelief of Republicans is strange in a county that praises itself on being considerate of everyone. The majority of Marin is Democrat, and the Democratic party prides itself on standing up for all races, economic statuses, and other denominations.

Redwood has many anti-bullying clubs that focus on struggling kids, and our LGBTQ club does a great job of reminding students to treat everyone fairly. Why, then, are Redwood students so averse to Republicans speaking their mind? In English and History classes especially, the ‘known’ Republicans are always called on simply because of their political affiliation, regardless of the topic at hand. To promote a school society where all students can feel comfortable in class and learn to the best of their abilities, we cannot simply be considerate of those groups that are publicized as being discriminated against. Simply because Republicans at Redwood do not complain about the constant nagging by their peers does not mean they aren’t bothered by it.

I am proud that I am a Republican, and next time all you students crack a joke in class, realize that the Democratic party always insists on campaigning for the equal treatment of all groups. I know that sometimes our party is an easy target because of our recent history, but making jokes simply because the majority sides with you is cowardly. Furthermore, before you insult the Republican party’s policies, learn what it stands for. Be informed and examine your conscience, and hopefully you will see that our society only works if opposing viewpoints exist.