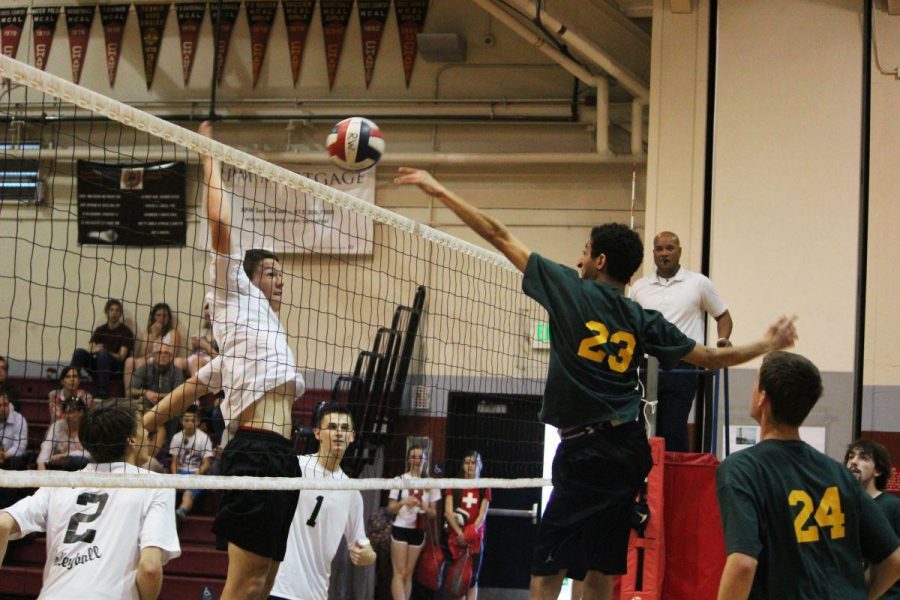 “Take it easy, its just volleyball,” a San Marin volleyball player said to his angry teammate after Redwood senior Matt Pelfini scored on him.

Regardless, the San Marin player’s words of comfort were not enough to stop the team from losing 25-5 at the first Redwood varsity men’s volleyball MCAL game of the season last Wednesday.

This year, as the men’s volleyball team grew in numbers, it also grew in potential bringing a perfect mix of experienced players and talented newbies who will make the team hard to overlook this season.

“This year is definitely my most experienced team. MCAL is a very difficult league with a lot of strong teams out there but I would definitely say that this year we have a better shot,” Tahan Minakov said, head coach of the men’s volleyball team.

According to Minakov, the team benefits from the skill of the many returning players, who will help the newcomers improve their skills.

“They come with more knowledge of the game, and it makes everything a lot easier for the new guys because they get to see the older guys be the example for them,” Minakov said.

Like his coach, returning player Matt Pelfini is optimistic about the rest of the season.

“We have a lot of new players stepping in and playing really big roles this year. The work ethic is there as always, and I think we have a good chance to be very successful. Once we get some games under our belt, I think we’ll be just fine,” Pelfini said.