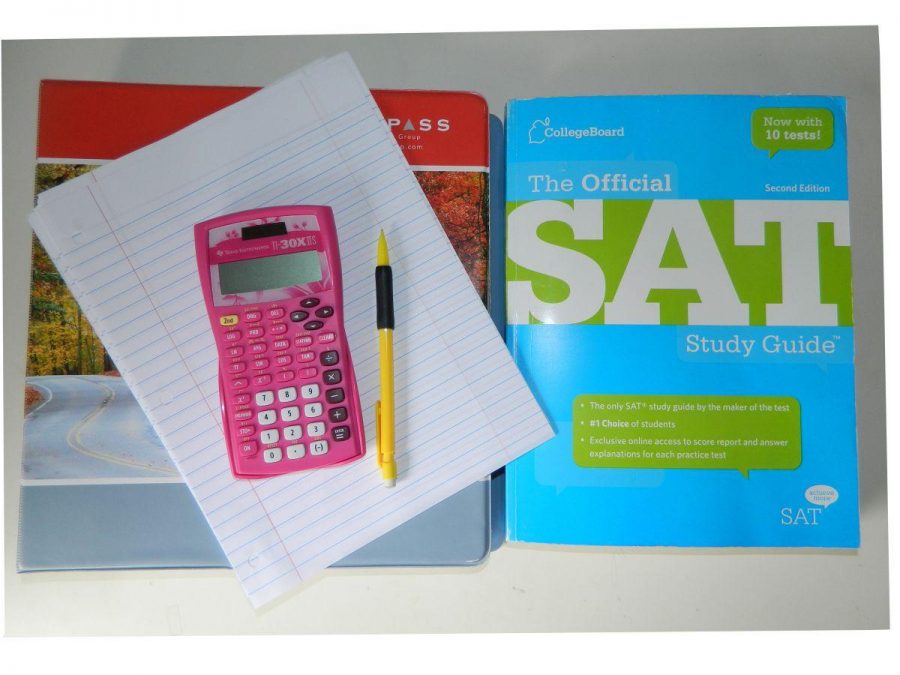 As one moves further along in their high school career, the word college begins to be heard more frequently. First comes the excitement followed by stress, anxiety, and pressure.

Unfortunately, with college applications, comes a tiring and intense process, which is not as easy as it used to be. Getting into college is so competitive now-a-days, having just a strong transcript is never enough. College admissions also take into account SAT scores.

It’s hard enough getting all A’s in high school, but now college standards have raised so high students feel that it’s necessary to receive a perfect SAT score as well.

This test is easy for some, but harder for others.  Yes, smart students may know the material on an SAT test, but not everyone is a good test taker. Doing well often depends on how much time a student spends on studying for the test.  When it comes to the SAT, sometimes it’s more important to know the test taking strategies rather than actually understanding the material.

I happen to be one of the many unlucky students who has never been a gifted test taker. Whenever I take a timed test I begin to freeze up, and go into a panic. The material gets lost in my mind as my concerns shift to if I’ll even be able to finish or not. Left to my own devices, my test scores turn out very average.

The average score for the SAT in the country is about 1500 points, unfortunately that isn’t going to get me into most competitive schools.  One way of bringing my scores up is by hiring a tutor. These tutors, which can cost up to $200-$600 dollars an hour, promise to push your test score up by 200 points.

With this in mind, my parents were willing to look into getting me a tutor. While some tutors can cost as little as $80 an hour, unfortunately, it turns out the best ones are a lot more than that.

I’ve been seeing a tutor now for a few weeks in preparation for the SAT test in May. However, I had to make a reasonable settlement with my parents. So that I would take my tutoring seriously, my parents asked me to pay for a small portion of each lesson with the money I’ve earned through working.

I’m lucky that I get this extra shot at improving my SAT scores. But not everyone can do this. College itself is already expensive. Shouldn’t getting into college be based on a student’s academic achievements rather than their parent’s ability to pay for an expensive tutor? How is it fair that a lower income student who has gone above and beyond academically can be held back from getting into the college of their dreams, because they didn’t have $9,000 dollars to spend preparing for a single SAT score?

By paying for part of my tutoring, I’m getting a lesson in economic value. But this comes at an expense to me. It’s ironic, because the whole reason I got a high school job was to set aside some extra money for college. Now that hard earned money I’ve worked for is slowly dwindling.

Was getting a tutor for just one stupid test really worth four years of my hard earned work? I guess I’ll know with the results of the test.