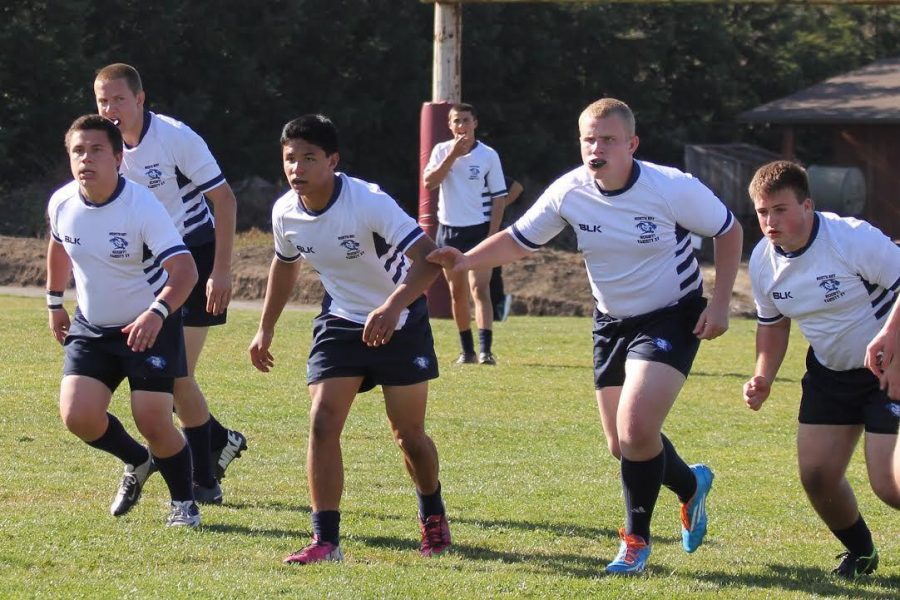 The first season has started since the separation between the Marin Highlanders and North Bay Wildcats rugby clubs, both of which Redwood students play for.

Former Highlanders head coach Dave Cingolani founded North Bay after being fired last year, and many of his returning varsity players followed him to the new team.

“I moved with all my friends,” said Redwood senior and North Bay player Hugo McIntosh.  “All the kids I played with the previous year were a big reason for me going there.”

According to McIntosh and junior and Highlanders player Liam Hardiman, the friend appeal separated players in different grades, resulting an age split between the two teams.

“A lot of the younger kids that I’m better friends with stayed on Highlanders too,” said Hardiman. “The juniors and sophomores stayed, but the seniors went with Dave and North Bay.”

According to Hardiman, the Highlanders, led by head coach Chett Garcia, are relying on a new wave of athletes.

“A bunch of new Tam kids joined.  All the new players are pretty athletic and play football,” said Hardiman.  “It doesn’t matter if they’re inexperienced because most other teams are too.”

However, North Bay has faced challenges forming a new club.

“One of our main struggles is getting kids who haven’t played before to come and give it a try.” said McIntosh. “We don’t have as many kids at the younger levels as the Highlanders.”

North Bay had to deal with the issue of players quitting.  Returning varsity players Alex Kosinski, junior, and Liam Raz, senior, decided not to play in order to focus on football training.  St. Ignatius senior and Cal commit Schuyler Whiting, and Redwood senior Omid Izadjou are out for the season with injuries.

“We came in with really high expectations because we played together before. But we’ve faced the hardship with keeping numbers up to provide for two varsity teams,” McIntosh said.

Despite the circumstances, the Wildcats have had success, starting the season 5-0, including a victory over the previously ranked fourth nationally Sacramento Islanders.

“We have a different style of offense this year based around our different players’ skillsets,” McIntosh said.

“Compared to last year, we’re a lot smaller and faster instead of bigger and slower, so we’re working on using that to our advantage.

With the program split, the Highlanders are not the same national contenders, but still have had a solid 2-1 start.

“We won’t have the same type of success in seasons past,” Hardiman said. “Our team is going to be a lot better next year.  This season is in part about getting the new, younger guys up to par.”

Both teams are scheduled to play tomorrow, Feb. 8.  North Bay is facing Peninsula Green at 12:30 p.m. Marin Catholic, while the Highlanders are playing the Santa Rosa Rugby Club at 10:00 a.m. at Redwood.

The North Bay Wildcats and Marin Highlanders will not be playing each other this season.