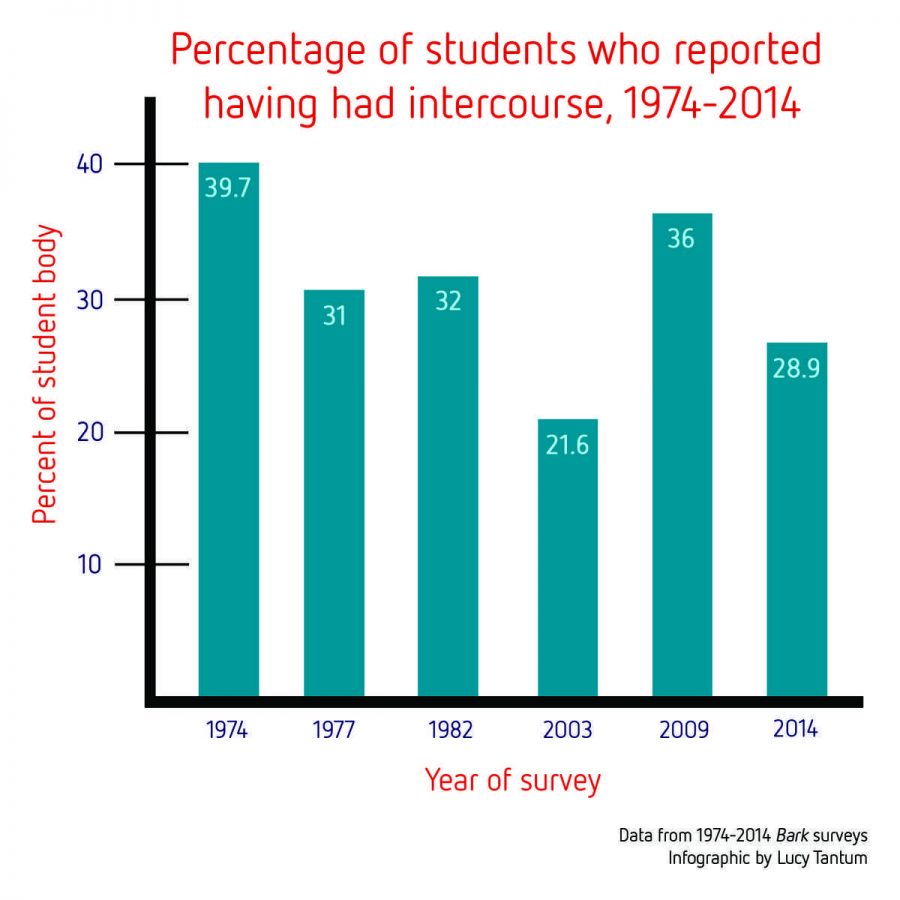 When Miley Cyrus “twerked” at the Video Music Awards this fall, she instigated a public discussion about the increasingly sexual nature of content in the media. But the effects of such a trend are not evident in the sexual behavior of Redwood students.

Fewer Redwood students today are having sex than their counterparts 40 years ago, according to the January Bark survey. 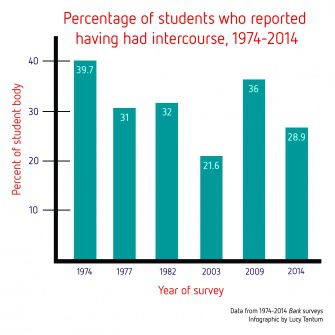 About a fifth, 19.6 percent, of students who have had sex lost their virginity while under the influence of drugs or alcohol.

Not only are students engaging in less intercourse, but they are also practicing safer sex. In 1974, only 51.8 percent of sexually active students used contraceptives. Today, 89.1 percent of students who have engaged in intercourse said either they or their partner usually wear a condom.

In addition to increasing measures to prevent pregnancies, students’ views on what should happen once a girl is pregnant have also shifted dramatically. This year, 61.6 percent of students said abortion should always be permitted, compared to 50 percent of students in 1977 when the question was first asked.

Today, more girls, 59.5 percent, than boys, 48.8 percent, said they would most likely abort the baby if they or their partner became pregnant.

Views on abortion also varied based on sexual experience. Of both male and female students who reported having intercourse, 78.3 percent said they would likely abort the child in the case of a pregnancy. Just 44.2 percent of Redwood virgins said they would probably choose abortion. 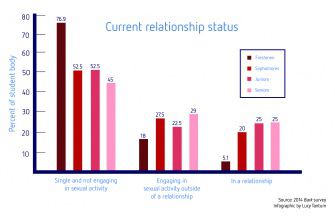 A new development that could not have been foreseen when the survey was first implemented in 1974 is the advent of “sexting,” or the digital sending of images with sexually explicit content. One-third of survey-takers reported that they had sent such images. Exactly half of students who reported having sex said they had sent sexually explicit images, while just 26.5 percent of virgins said they had.